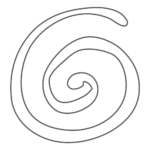 Call Us
Request a Consultation
Menu
Menu
Back to all 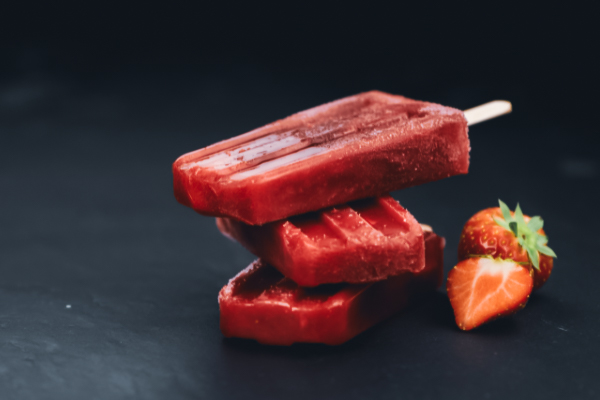 What Do CoolSculpting and Popsicles Have in Common?

Nobody likes stubborn fat. The kind that refuses to go away with diet and exercise. Plus, don’t we all have that favorite outfit that doesn’t fit anymore?

What if there was a fat-reduction procedure that could get rid of unwanted fat without any downtime? No special diets. No supplements. No needles. No surgery.

CoolSculpting is just that. A fat-freezing technology that has become one of the most popular body contouring treatments worldwide. Intrigued? Read on to find out more and learn what CoolSculpting and popsicles have in common!

CoolSculpting is an FDA-approved treatment that is used to reduce visible bulges of fat in various areas, including:

CoolSculpting has proven to be a very safe method for body contouring. The treatment can be accomplished with minimal discomfort and practically no downtime.

How Does CoolSculpting Work?

The medical name for the CoolSculpting treatment is cryolipolysis – cryo (freezing), lipo (fat), and lysis (breakdown) – meaning the use of freezing temperatures to break down fat cells. The technology is based on the discovery that fat cells are more sensitive to cold than other cells like skin and nerves.

During a CoolSculpting treatment, tissues in the target area are frozen, leading to the death of the fat cells. Over time, the body slowly digests the broken-down fat cells. The result? The fat is gone. Forever.

To perform a CoolSculpting treatment, your CoolSculpting technician will place a cup-shaped applicator with cooling panels on the target area. The tissues will be drawn into the device with moderate suction. The temperature will be carefully regulated to start the freezing process. Each area will be treated for about 45 minutes. Light massage of the area upon completion of the treatment may improve the outcome.

While the CoolSculpting treatment feels cold at first, the area quickly becomes numb. You may experience a sensation of tugging, pulling, mild pinching, or tingling. These sensations also quickly subside with the numbness. As a result, the treatment is largely pain-free and comfortable.

Afterward, you might have some mild redness, swelling, and temporary numbness in the area. These side effects typically resolve in a couple of weeks. You can go home and resume normal activities immediately after the CoolSculpting treatment.

What Do CoolSculpting and Popsicles Have in Common?

Believe it or not, the idea for CoolSculpting came from kids eating popsicles. Two scientists at Harvard Medical School, Dr. Dieter Manstein and Dr. Rox Anderson noticed that young children who ate popsicles suffered from a condition called cold panniculitis or popsicle panniculitis. Shortly after sucking on a popsicle, the children developed redness and swelling of the cheeks. Later, once the symptoms were resolved, the children were left with dimples near the corners of their mouths.

The doctors linked this strange occurrence to the death of frozen fat cells in the cheeks, which led to the formation of small indentations or dimples. They concluded that fat cells could be frozen away for good without harming other tissues in the area. And that’s how children eating popsicles changed fat reduction forever!

Now, you probably think you can freeze away all that stubborn fat at home. But before you run off to the grocery store to buy a family pack of popsicles, remember that cryolipolysis is a highly controlled process. It needs just the right temperature to freeze the fat but preserve the other tissues. Only a CoolSculpting machine and an experienced technician can provide the precise, controlled temperature to achieve fat reduction without causing damage.

In 2010, the U.S. Food and Drug Administration (FDA) approved CoolSculpting as a nonsurgical treatment for getting rid of stubborn fat. The freezing temperatures used during cryolipolysis kill the fat cells, so they don’t come back ever, which is why patients love it.

Studies have shown that CoolSculpting reduces fat in the target area by up to 25% after just one treatment. There’s a high satisfaction rate – more than 85% of patients who undergo CoolSculpting show improvement, 73% report satisfaction, and 82% would recommend cryolipolysis to a friend. The overall 89% positive perception of the treatment is the highest among all non-invasive technologies used for body contouring.

Side Effects of CoolSculpting

The expected side effects of CoolSculpting include temporary redness, mild bruising, and transient numbness. These side effects usually resolve within 14 days. Very rarely, a patient might experience late-onset pain about 2 weeks after the procedure, but this also typically resolves without treatment.

While the results of CoolSculpting may be less dramatic compared to procedures like liposuction, they come with a fraction of the risk and side effects associated with surgical fat-reduction treatments. Moreover, a comparison of non-invasive fat-reduction technologies like high-intensity focused ultrasound, radiofrequency, and laser therapy reveals that cryolipolysis has one of the lowest pain levels and minimal side effects.

Is CoolSculpting Right for Me?

Treatments like CoolSculpting are often called lunchtime procedures because they can be completed in under an hour and involve virtually no downtime. Men and women who are looking for a safe, effective, quick and affordable way to get rid of stubborn fat should consider CoolSculpting. It’s a minimally invasive treatment that can fix a problematic area without anesthesia or surgical incisions in the skin. Cryolipolysis is safe for all skin types.

If you’re considering CoolSculpting, be aware that the results of the treatment will not be visible immediately. The application of cold temperature kills the fat cells, but it takes the body several weeks to digest the dead fat cells. Therefore, fat volume in the treated area is visibly decreased 2-3 months after treatment.

Most people need 2 treatments to get the desired results, but some areas like the back and thighs may need more than two treatments. Repeat treatments are spaced 8 weeks apart to allow the body to absorb the dead fat cells.

The good news? Patients have been followed for up to 5 years after CoolSculpting treatment, and the fat reduction was found to be durable despite fluctuations in body weight.

Can’t wait to get a CoolSculpting treatment? Here’s a tip – You’ll get the best results if you are within your ideal weight range, eat healthy, exercise regularly, and have realistic expectations about getting rid of noticeable fat bulges.

More blogs we think you will enjoy:

Previous
Next
Return to blog archive